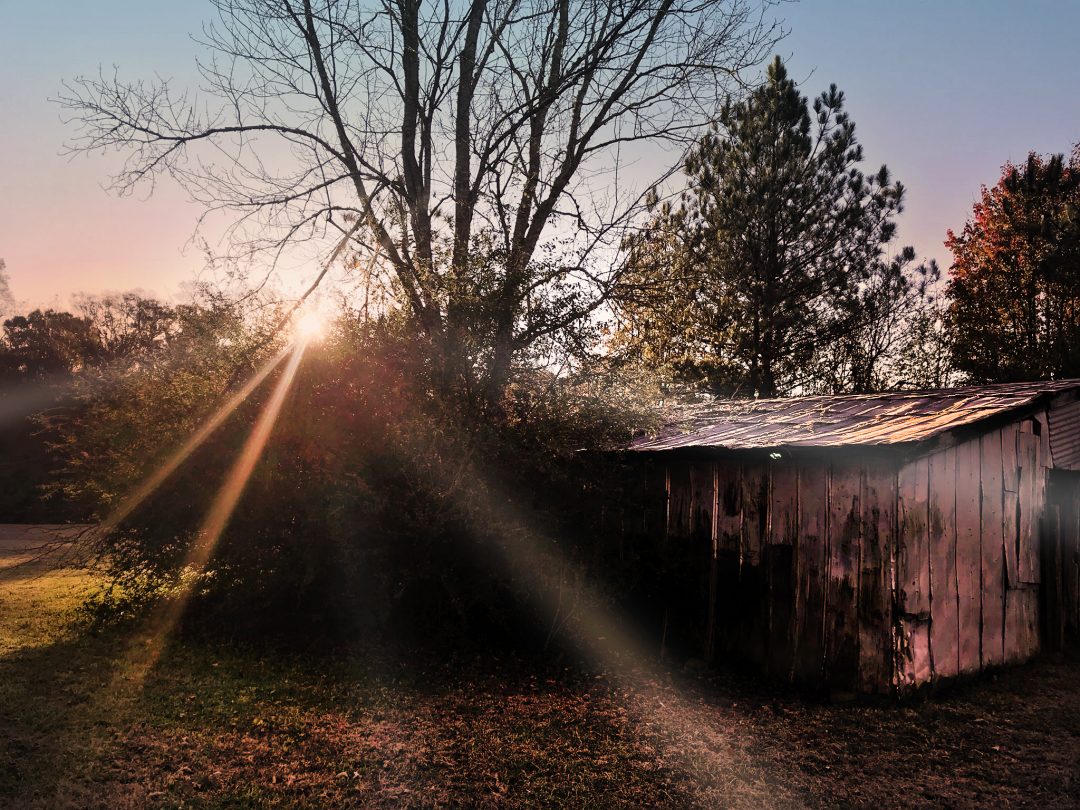 New Beginnings for an Old Farmhouse

fal·low /ˈfalō/
adjective
(of farmland) plowed and harrowed but left unsown for a period in order to restore its fertility as part of a crop rotation or to avoid surplus production
synonyms: uncultivated, unplowed, untilled, unplanted, unsown

Where better to begin?
No, I had never even heard this word before. I would say I’m only familiar with the most basic of “farming” words: chickens, grass fed, organic, till, sow, cows, sheep, grain… you get the idea. So, the fact that we would choose a 1920s farmhouse on it’s remaining 5+ acres is really quite a fluke. A second story was added and some remodeling was done in the seventies and I’m pretty sure that’s the last time any tlc was given. If you know us, we are not Chip and Joanna, or Rhea and her Marlboro man. Not even close. We are Bill and Amy. Fox. As simple, cliché and unoriginal as they come. Two kids, two dogs, and a cat.

I think it’s safe to say that probably everyone in our family was rather surprised when we told them we were buying “an old farmhouse.” Some may have been rendered speechless when we mentioned that it was “like, really old” and only minimally updated. Because again; this wasn’t us. I mean, I can’t even keep my spring front porch planters alive for the duration of the season. I’ve never been able to keep an herb garden for very long. I bake a cake every once in a while. I love to entertain, but even then I don’t go overboard on cooking, preparing, or… anything! Bill has never allowed me to decorate with the chippy painted, scuffed up furniture that I adore because it “looks junky.” I don’t get all giddy at the farmer’s market over the fresh veggies. Bill loves to cut the grass and keep the yard looking nice and tidy. He dreams of beautiful lavishly landscaped areas, but there’s never been time to actually prioritize that. He’s very good about figuring out how to fix things with internet assistance, and does great at actually fixing those things, but he learns as he goes. I fully trust that he’d be able to figure out how to build virtually anything, but it’s not like he’s chomping at the bit to do those sorts of projects. So. We don’t buy “project” houses.

Except, we did. We SOOOOOOOOOOO did. It’s crazy. It’s insane. It’s NUTS. And the most crazy part about it is that we BOTH wanted to. We didn’t necessarily intentionally seek this adventure, but we both felt like it was right. We both wanted this. Typically I have to nudge a bit to get what I know God wants for us. I have to push to get what I know is right for us… And of all things, Bill was just as much about this as I was.

So, this blog. Isn’t that just what you’re supposed to do? Start a blog when you buy a fixer upper?? OF COURSE! But y’all… this has been such a ridiculously insane transition that there’s just no way around it. Money Pit with Tom Hanks and Shelley Long…kinda. Baby Boom with Diane Keaton… yes! But even beyond the unending and urgent “home improvements,” the first two months were nothing short of tiresome, overwhelming, expensive, and extremely stressful at times. However, it was (and is) equally, if not more rewarding, therapeutic and divine. So many people have said, “you need to be writing this down,” or “you need to be blogging this stuff.” And, quite honestly, I have a lot to say. I started feeling the “nudge” from the get go. So I’m doing it.

I will do my best to catch you up to speed on all of the extraordinary farm life happenings of the past year. I will share my spiritually cultivating journey. House renovation dreams. Project progress. Our complete ineptitude. Our screw ups! Our proud moments. The hiccups. The blessings. And pictures.

I’m just a mother, a wife, and a dog lover just trying to find my way through this world and now the owner of a fallow farmhouse in Georgia that is ready to be reborn. Follow my journey from fallow to fabulous as we take on this labor of love in renovating our century-old farmhouse in the heart of Georgia. Sit back, relax and enjoy the ride and perhaps a glass of sweet tea.

Follow my journey from fallow to fabulous as we take on this labor of love in renovating our century-old farmhouse in the heart of Georgia. Sit back, relax and enjoy the ride or shoot me an email if you like to chat: fallowfarmhouse@gmail.com.